Spend £5 or more over the counter at the Ace and receive a raffle ticket, on the following occasions:

For more info, check out:

Listen, revel and be immersed in a mix of the best rock and roll and rockabilly, blended with the London sub-culture sounds, broadcasting 24/7 on online radio and social media
http://www.acecaferadio.com/ 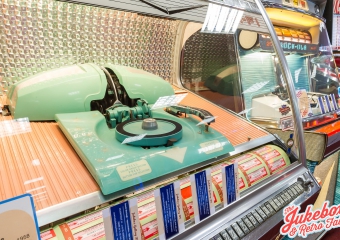